To render any scene in Three.js we need the following things:

Let us try to understand each of the components one by one. 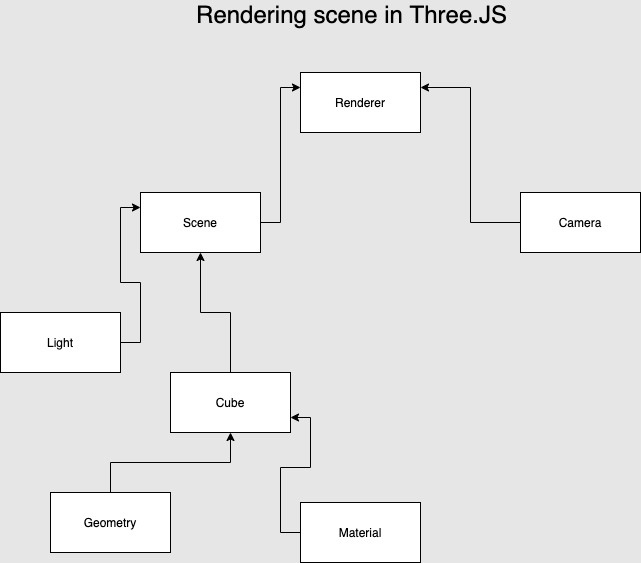 The camera is like a camera in our world and we can see through the camera to our universe. The camera has the following components

So we define the near view and the far view of the camera and the camera can show objects which are inside the view. If an object lies outside the view then the object would not be shown. For example, if the near is 1 and far is 1000 and you place an object at 0, then the object would not be seen. This is one common source of confusion that users face.

The scene is like a tiny universe. We add object/items in the scene as in cat/dog/human/assets/circles/boxes/lines everything.

So it may happen that you have placed an object in the scene, but the object is not visible, chances are you forgot to add light in your scene.

One exception to this rule is MeshBasicMaterial which can render without light.

By object, I mean any 3D object in your scene. This means box/torus/lines etc. To define an object we need geometry, material, and mesh.

To create a cat, we need a cat geometry, for the box, we need BoxBufferGeometry, and so on. Next, we need to cover the geometry in a material. We can use the MeshBasicMaterial, but the problem is it does not reflect light.

So we can use another material called MeshPhongMaterial. This looks better.

To represent a point on a 1D plane we use real numbers.

To represent a point on a 2D plane we use complex numbers.

To represent a point on a 3D plane we use quaternion.

To rotate a point in space we can use quaternion and Euler angles.

The following axes are used in the coordinate system. The x-axis, y-axis, and z-axis. 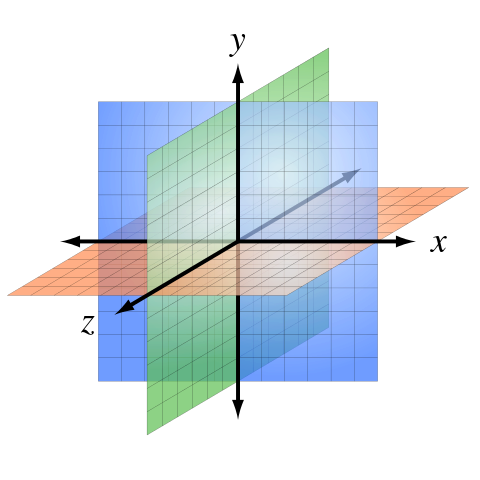 The positive z-axis comes at you and the negative z-axis goes away from you into the screen.

The renderer we usually use is WebGL render and the camera we use is PerspectiveCamera. The Perspective camera gives us a view which we are used to seeing. All the activities that happen inside the renderer happen inside a canvas and we can access the canvas using renderer.domEmement.

While working with our views we need to set the pixel ratio properly otherwise it will not look nice when rendered on a high-density display such as retina displays.

The same is the process with canvas API / Three.JS / p5.js and other libraries. In the case of Three.JS, we call the renderer method's .render function to render the scene with the camera.

It's nothing that cannot be done, it just simplifies the process.

That's basically it for rendering a simple asset on a screen.

How I recovered 30+G from my Mac
#mac